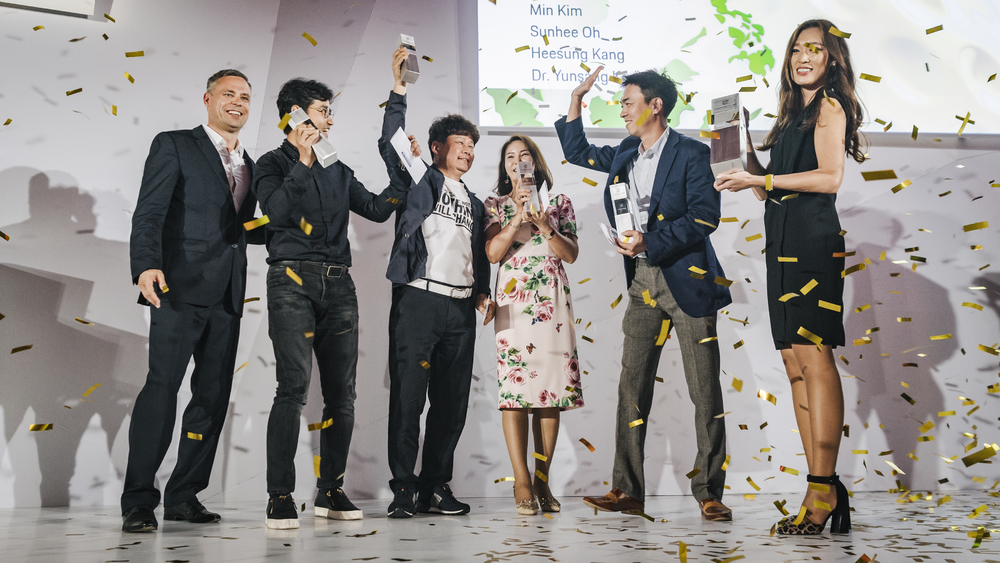 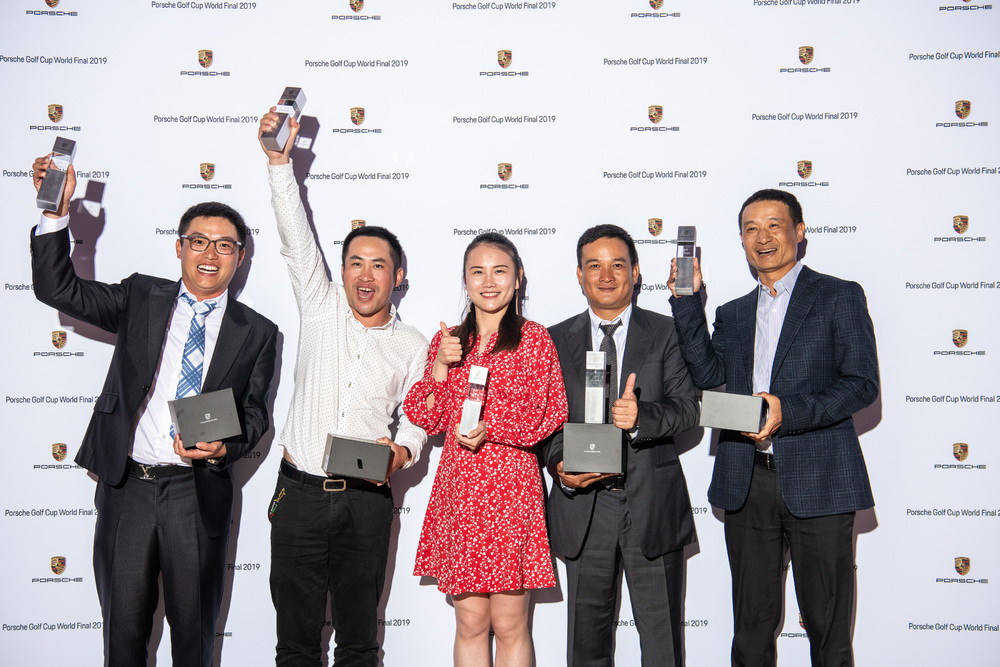 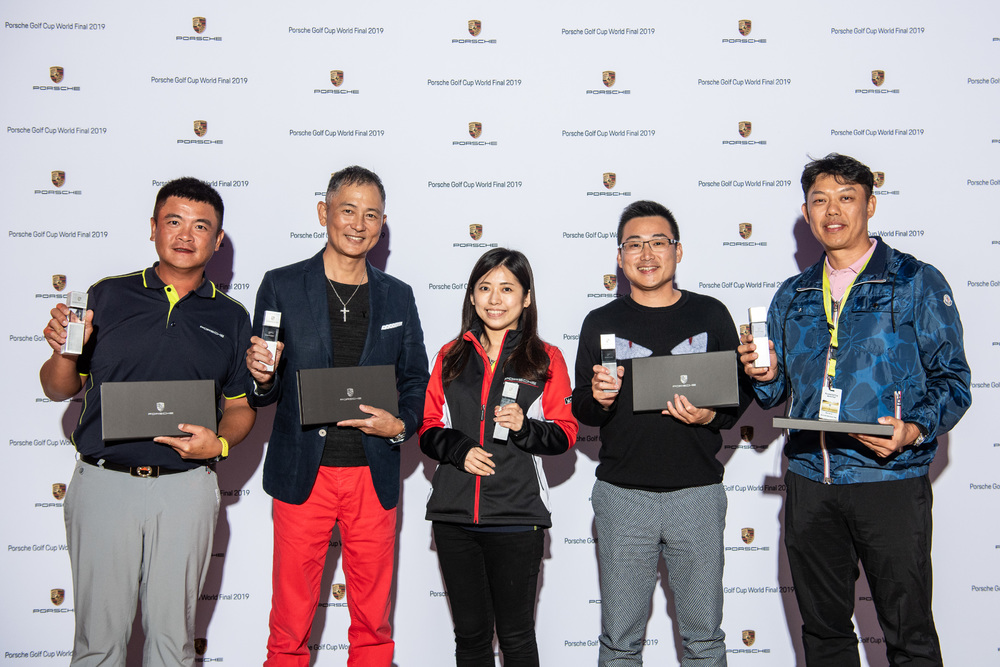 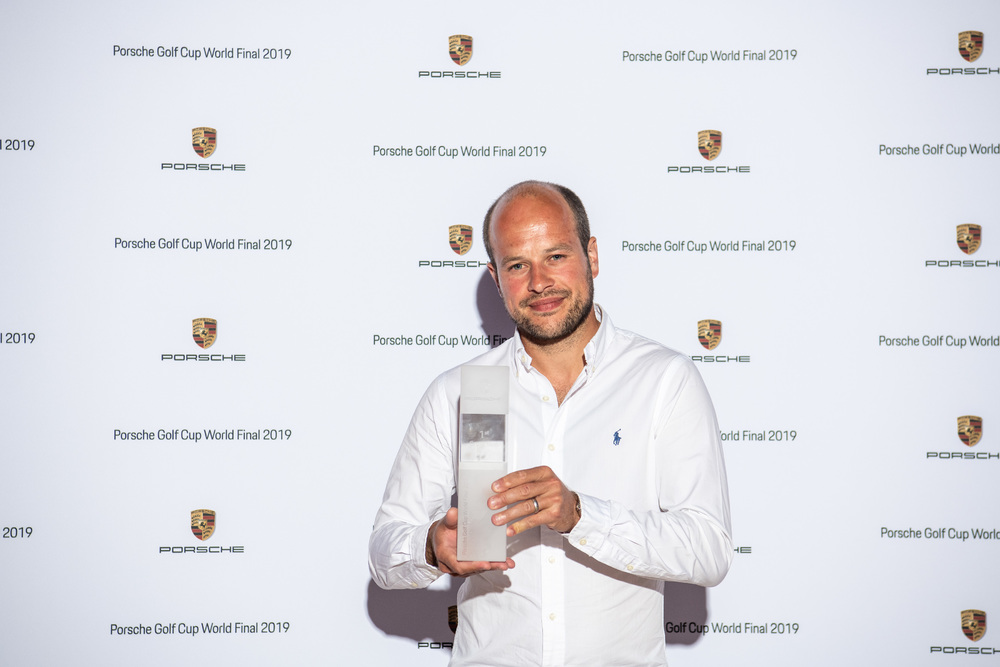 Stuttgart/Palma de Mallorca . A dream shot to a dream car – the Italian Marco Leoni played himself into the Golf Cup history books on the last hole of the World Final. For the first time in six years, a hole in one was hit at the highlight event of the exclusive amateur tournament series for customers – and on the Canyamel course’s 18th hole of all places where a yellow 911 S was up for grabs as the prize for the feat. Leoni used a 4 hybrid to strike his ball uphill and into the hole 160 meters away.

“The swing felt good, but I didn’t see where the ball landed,” remembered Leoni. “It was only on hearing the spectators’ reaction did I realize that the ball was in the hole.” The member of the Monticello Golf Club, which is not far from Lake Como, was given a standing ovation at the victory ceremony in the evening. “It’s crazy,” said the 56-year old. “I’m so proud, and I’d like to thank for organizing such a fantastic tournament.”

It was the crowning glory of a spectacular Golf Cup that set records even before the start of the World Final. The 80 finalists from 20 markets were left remaining from the initial 17,647 players that competed at the 261 qualifying tournaments. Both figures are all-time highs.

The World Final took place for the sixth time in Mallorca. Played over two Stableford rounds in windy conditions at the Club de Golf Alcanada and, for the first time, at the Canyamel Golf complex from 6 to 9 May, the golfers competed for the World Trophy for teams and in the individual events (gross and 3 net classes). Team South Korea triumphed in the 2018 Golf Cup season’s World Trophy when finishing well ahead of Team China and Team Taiwan Motors.

Special prizes
The gross title in the prestigious individual competition was secured by Phil White. The Englishman narrowly missed out on the big dream of playing in a professional tournament by just one shot after posting a highly impressive three under par for the two rounds. An overall score of four under or better would have opened up the door to the world of the golf pros for White, who travelled to the World Final with a +2 handicap. A wild card for the European Open was on offer as a special prize. It would have given the winner the opportunity to test himself against the world’s elite golfers around the North Course at the Green Eagle Golf Courses complex.

“It has been brilliant. A tournament that feels like a professional event, two perfectly prepared beautiful golf courses and then most of all the victory with the big award ceremony – simply indescribable. This is of course the highlight of my golfing life,” said White before adding with a smile on his face, “Even if one stroke too much hurts a bit. Participating in the European Open would of course been a gigantic dream.”

As the winner of the World Trophy, the victorious South Korea team is set for a several-day trip to watch the European Open in Hamburg from 5 to 8 September and participate in the pro-am tournament beforehand.

“Once-in-a-lifetime event”
“These rather special prizes are only fair, especially in view of the outstanding singles players here once again this year,” said Eberhard Schneider, Manager Global Events and Services at AG: “What all the finalists will take back with them after this once-in-a-lifetime event, no matter what their score was, are everlasting memories of dreamlike days in a great atmosphere in Mallorca.”

It was also due to the supporting program of events that included an emotional opening ceremony at the historical Torre de Canyamel and a closing dinner in the Galdent cave restaurant. Accompanying persons also had the opportunity to play their own golf tournament, enjoy some practice sessions and get to know the island in a quite special way on a road tour.

About the Golf Cup:
The Golf Cup is one of the sports car maker’s most successful customer events. It is organized by centers and sales companies in more than 20 markets. Held for the first time in Germany in 1988, the series has developed into an international event in which more than 17,500 customers participated in 261 qualifying tournaments worldwide in 2018.

in golf:
In addition to the Golf Cup for amateur players, AG has also been successfully involved in professional golf since 2015 as a part of the European Open, a European Tour event. An international app-based community for golf-loving customers, the Golf Circle enjoyed a lot of success immediately in its first year in 2018. The sports car maker is also active in amateur golf through its Generations Open, an innovative 9-hole competition for non-professional golfers.


Further information, film and photo material in the Newsroom: newsroom.porsche.com